Annette van Weeze Errens, MSc, veterinary and horse lover won this incentive award as a ‘tipper for the equestrian sector’ for her ‘New Feeding Concept’ and her efforts to improve horse welfare.

On Friday the 13th of september, during Horse Event in Expo Haarlemmermeer, the HIP AWARDS were allocated. This happened during the Equestrian Entrepeneur Day, for which at least 500 equestrian entrepreneurs came to Horse Event. The day was passionately led by moderator Humberto Tan.

“The handbook ‘The New Feeding Concept', which can be downloaded free of charge from its website, provides a good response to the nutritional needs of the horses based on scientific proof. With this, owner Annette van Weezel Errens shows guts by ignoring how we have been doing it for years ”, was the jury’s comment.

She has been working on the “New Feeding Concept” for over 10 years. This different vision of the horse's nutritional needs was confirmed last year with the establishment of the international welfare standard for horses. Horses need twice as much fiber from roughage than previously assumed to keep their bodies healthy. The necessary supplement to this (the former concentrate / pellets) should therefore be adapted so that animals do not become too fat and remain fit and healthy. Equilin's products respond well to these changes in nutritional needs. 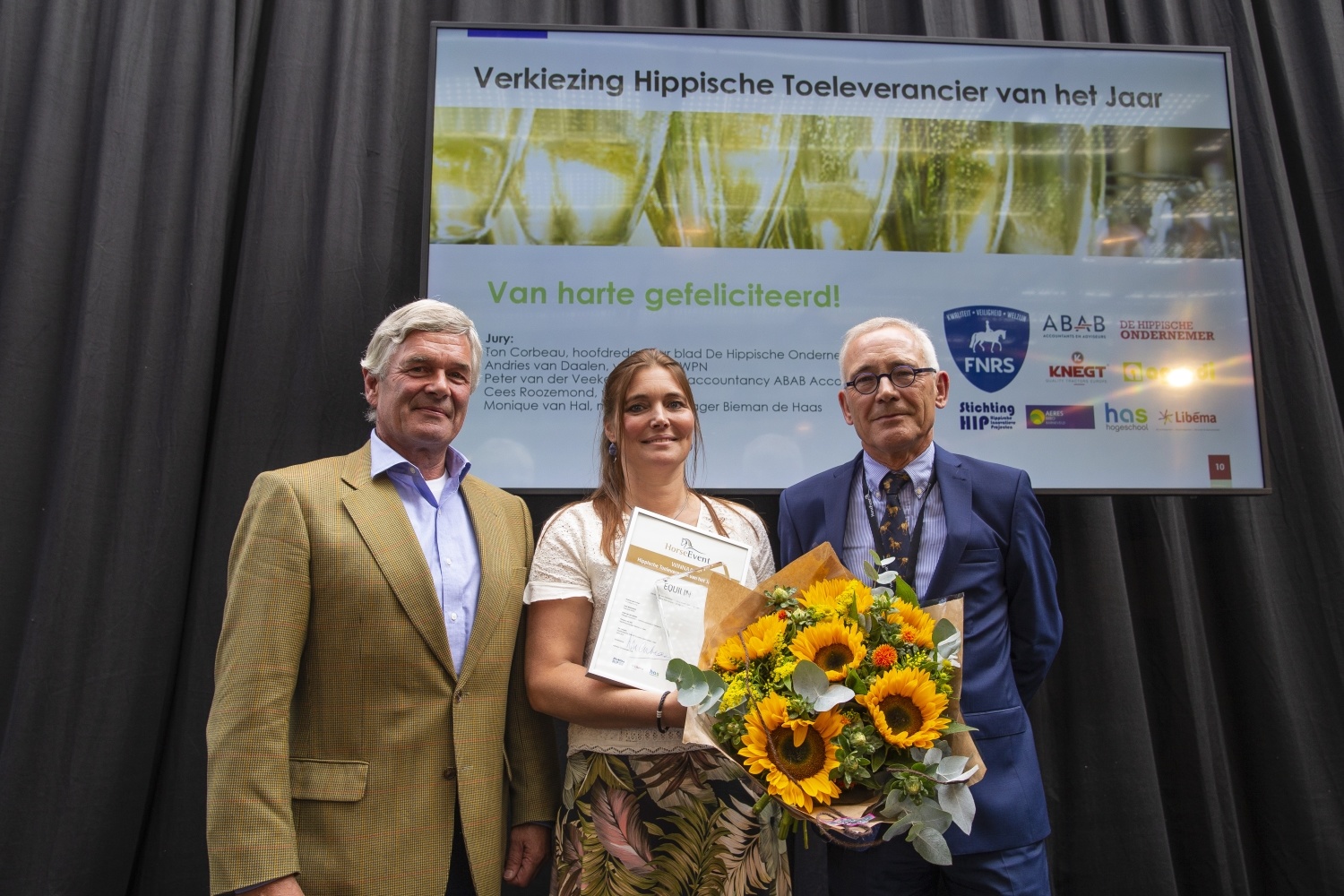 Free shipping on orders over 85,- in the Netherlands